Night was about leaving us. Our car finally took us to final stop for that day. It was very hard for me leaving my seat because I was very exhausted due to our long journey. It was a non-stop trip which spent 4 hours air travel from Jakarta to Makassar, 10 hours Makassar-Rantepao journey via bus, then 45 minutes via car from Rantepao to Nanggala.The last spirit left emerged from lights that was shining from the building of which structures has obsessed my mind all day long. Before long, we officially hopped on in the location where I could enjoy the beauty of Tongkonan, traditional house of Toraja, completed with two sharp and pointed ends. Its beauty was totally successful in spoiling my eyes. My tiredness suddenly disappeared and turned into a blow of spirit which led me to get so excited and curious on things I would get on the next day.

Together with Fatur and Yoyo, my companions during this journey, we felt lucky enough since this very first journey to Sulawesi gave us chance to look closer at Rambu Solo, Toraja’s traditional funeral ceremony. At that time, there was a funeral ceremony for Elisa Siman Pongpalita at Nanggala village. Elisa passed away in 2005 at the age of 80. The deceased was not only one of community figures but also was the sixth generation of King Luwu, one of the ruler of Toraja in the past time. To be honest, we were a bit late since the ceremony has run for three days before we arrived at Nanggala. That forced us leave three processions includes moving the dead body from Tongkonan to Lumbung (a place to store paddy), which was followed by moving it to Lakkien. It was a special place to put the dead body before burying it. The procession continued to guest welcoming, and Ma’pasilaga Tedong or buffalo fight. But still above all, we felt so grateful since we’re living in Lantang, a special building for guests and family. It gave us access to experience the rest of the procession to the full. A friend of us namely Theresia Kurniasari Pongpalita, the grandchild of the deceased, gave us a huge help to know and understand the culture of Toraja deeply.

On my first day, or the fourth day of the series of procession, we watched Ma’tinggoro Tedong procession. It was a procession of buffalo slaughtering. What makes it special is that its way of cutting buffalo’s head. The slaughterer used chopping knife with a single cutting movement. Not only buffalo, pigs are also another animal that could be sacrificed. Buffalo and pig are the form of last tribute for the family for the deceased. There were 3 pigs and 17 buffaloes including one Tedong Bonga, a buffalo with strips over its body. The bigger number of strip existed in the buffalo’s body, the higher price should be paid for it. The price of one Tedong Bonga could be hundreds of millions rupiahs. As a comparison, the price of regular buffalo is about 20 millions rupiahs.

After being cut to pieces, the organ and meat of these buffaloes or pigs was cooked before it was served to the family. Then, it was given or sold by auction to the neighbours or any other people who were involved in the ceremony. There is a unique thing from this series of procession, related to the use of buffalo’s horn which was placed in the front part of Tongkonan. For sure, the horn was cleaned initially. The point of this part of custom is as indicator to show the number of buffaloes which have been sacrificed by the family. More horns show higher level of family’s wealth.

On the second day, which was also the last day in the ceremony, the procession of coffin lowering from Lakkien to the field was held. Most of the time, the field is located in front of Tongkonan. In the middle of the procession, I saw some members of the family were in tears. Two of them even cried hysterically while staring at the coffin. There was a rare moment happened on the procession. At that time, the family and people who were involved in the ceremony gathered at the edge of the field. Some people who we believed as local figures deliver an oration in turn by using local language. It made us have no idea on what they talked about. From Sari, we know that they talked about their worry and rejection to local government and church that prohibit the implementation of chicken or buffalo fight during the procession of Rambu Solo as it indicates gambling activity. This situation is in contrast with their belief which considers it merely as a ritual in parts of Rambu Solo’s tradition.

There is another unique procession which got my full attention. I was amazed seeing people who lifted the coffin pranced while shouting a kind of spell. The initial plan was burying the body in a sarcophagus. However, the condition of the cliff did not support it at that time. There were holes in the cliff which would be used as the grave. Therefore, the coffin was placed in Patane, a special house to put the coffin. After fixing the holes in the cliff, the coffin will be moved. The coffin was brought by many people who were guided by some people bringing gong and umbul-umbul. Gong is part of Gamelan instruments, a traditional musical instrument made of brass, while umbul-umbul is a kind of flag which is usually used to celebrate special events such as country’s Independence Day. Those people yelled during the procession. I wondered on the thing that they did, especially when they pulled the coffin in some different directions, back and forth. Once they got to Patane, the coffin was placed into the house, together with other five coffins.

At night, we chatted with some family members of the deceased while enjoying a cup of coffee, special from Toraja. At this moment, we asked some questions to get deeper understanding on their way of life. The first question was why they should hold Rambu Solo. A very short answer came out at that time. They said, ‘sick or sleep’. It might be short but not so simple to understand. For them, someone is considered as dead person only when Rambu Solo is conducted for him or her. When the family has not conducted this procession, it means that they are considered in a condition of ‘sick or sleep’. This belief makes them treat the deceased as if they are alive. They accompany, give food, drink, and even cigarette to them. Besides, according to the lesson from Aluk To Dolo (traditional belief of Toraja), Rambu Solo is a form of last admiration to the family members who passed away before going to afterlife.

In Toraja’s tradition itself, there are four levels of Rambu Solo. The first is Dipasang Bongi. It lasts only for a day. The next is called Dipatallung Bongi. It last for three days. It was located at the house of the deceased together with the implementation animal slaughtering, meanwhile Dipalimang Bongi, which is almost the same as ‘Dipatallung Bongi’ last for five days. The last is called Dipapitung Bongi, it last for seven days with animal slaughtering done every night. The higher social status, the longer time of the procession it will take. In this case, the funeral of Elisa Siman Pongpalita belongs to Dipalimang Bongi.

Then, we asked on the reason why Rambu Solo for Elisa Siman Pongpalita was done in 2013, almost 8 years after she was in the stage of considered as ‘sleeping’. They said it was about money and time. Rambu Solo needs a high budget. Though they did not mention it in detail, we calculated the cost. It could reach five hundred millions rupiahs or even until one billion rupiahs. To make the building and its ornament they spent almost four hundreds millions rupiahs. It did not include the animals and operational cost during the procession happened. Further, when the family has been able to gather the money, it was quite hard to find a perfect time to gather all members of the family. It is related with the requirement which states that all family members have to come when Rambu Solo is held. In this case, the deceased has two wives. The first wife is Yohana Tambing. From her, they have two daughters, Corry Taruk Datu and Alberthin Siman Taruk. Then, from his second wife namely Ludia Ramma, he has two sons. They are Samuel Barumbun and Yusuf Kadang Pongtinamba.

Not only owning a special culture, Toraja is blessed with a fertile land with landscape of hill wall which is acted as natural cover. That was my thought on our last day in the land of Toraja when we visited some locations of sarcophagus. These places also become some tourist destinations in Toraja. They are Kete’kesu, Londa and Lemo. At the end of the journey, we were interested in what was said by one of the family members of Elisa who accompanied us. He said, “This is life in Toraja, we spent years to look for money then spent it all at once in Rambu Solo or funeral”. Death is a luxurious with an expectation that the soul of the deceased successfully reach afterlife stage to get happiness and peace. That is the last honor given from the persons who are left behind. 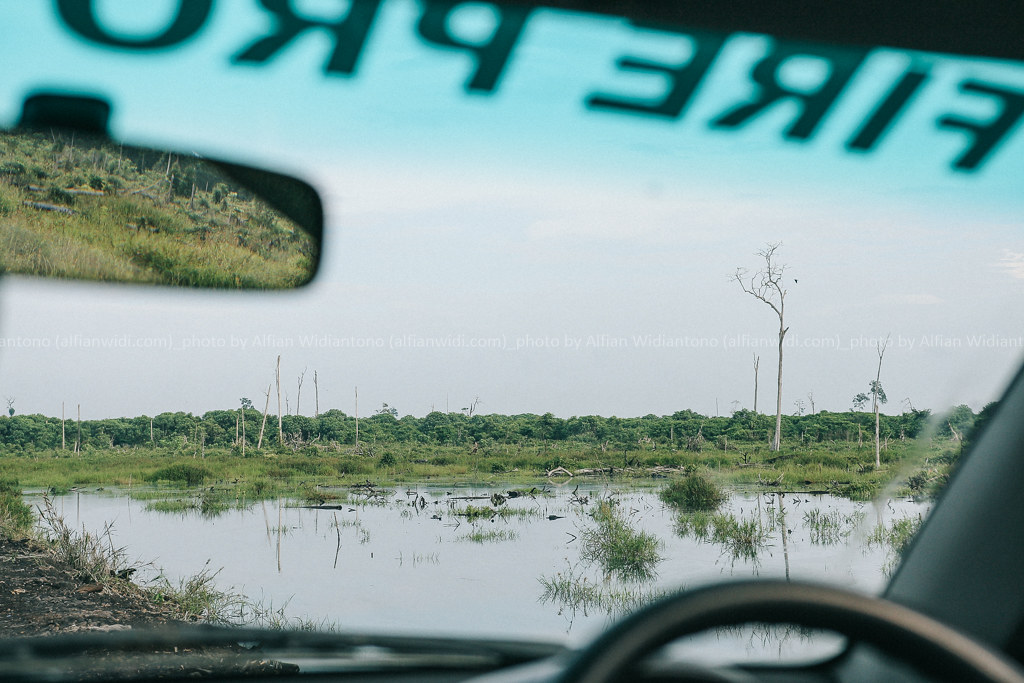 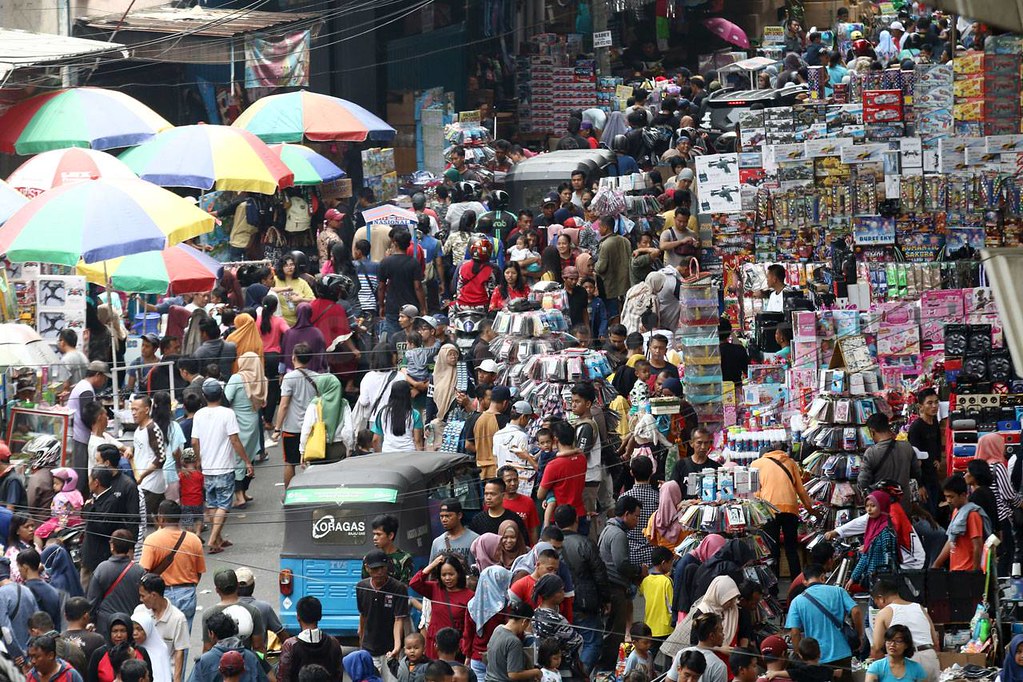 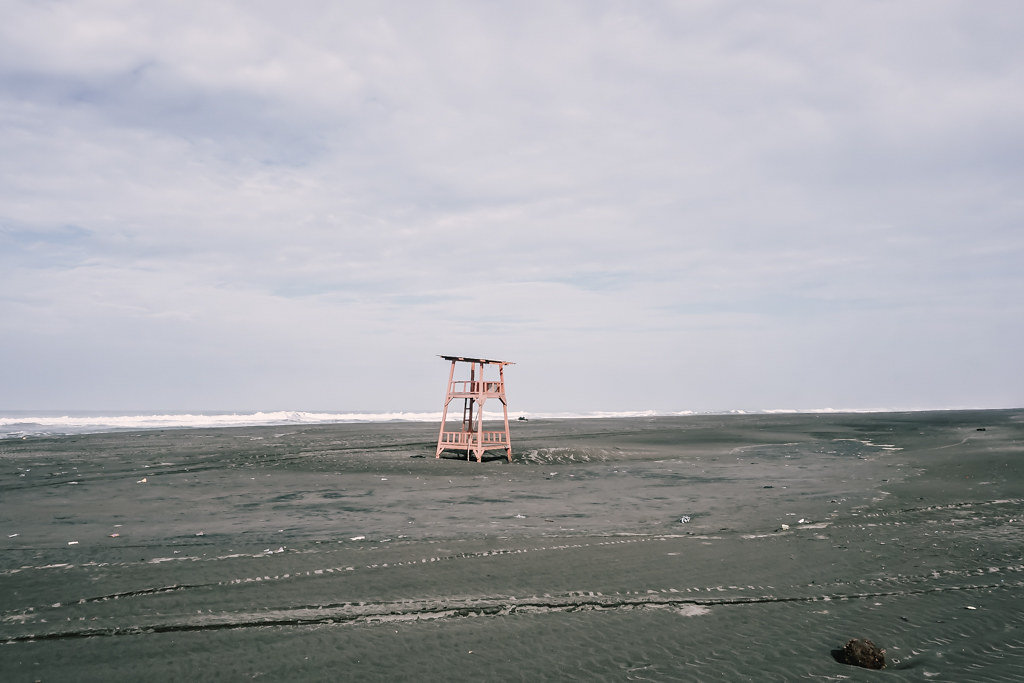